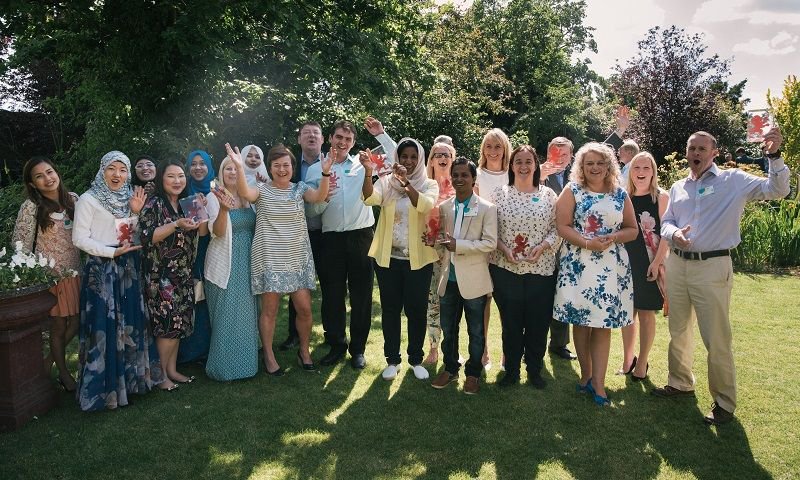 Exceptional learners and tutors were honoured for their outstanding achievements in professional and technical education at the ceremony, which dates back more than 100 years and is dubbed the ‘Oscars of Skills Education’.

London’s iconic Kensington Roof Gardens was the setting for the prestigious ceremony.  Individuals are recognised for “overcoming significant challenges” to achieve their goals and lecturers recognised for “going the extra mile” to help their students achieve.

Ms Donnelly said the “talent and commitment” shown by every one of this year’s nominees and winners in reaching for their goals “reflects exactly what the Lion Awards is all about”.

“We, at City & Guilds, are honoured to have been a part of their journeys. We are delighted to have this opportunity to mark their achievements.”

Toby Crabtree from North Lancs Training Group, in Accrington, took home the award for Apprentice of the Year. 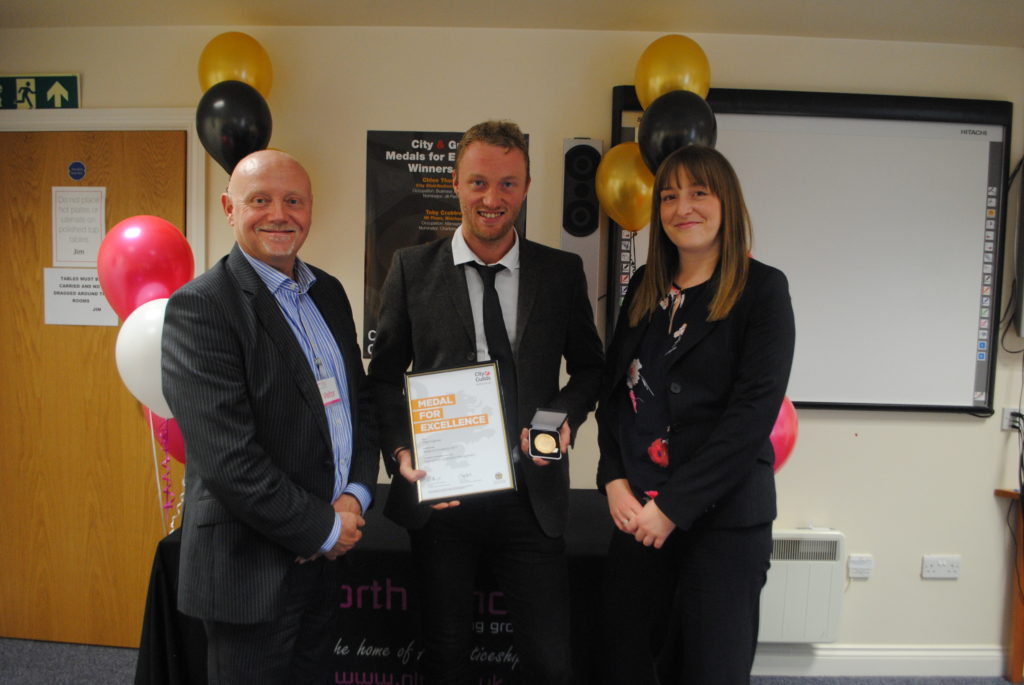 Toby (centre) with his Father (left) and nominator and tutor Charlotte Yeadon (right) at NLTG’s Medals for Excellence presentation.

City & Guilds said Toby, who studied a Level 3 Apprenticeship in Management, is classed as a “valued employee” at Mi-Flues, a manufacturer and distributor of flues and chimney installation parts, where he worked his way up to warehouse manager in just eight years. Using skills he developed during his Apprenticeship, Toby’s impressive management of his own warehouse led to management asking him to apply his systems to their other branches. Under his highly efficient supervision and the use of his very own handbook – ‘King Toby’s Bumper Book’ – Toby ensures his team keep everything running smoothly in his absence.

This is the 4th year in a row that a learner from North Lancs Training Group has won the Apprentice of the Year City & Guilds Lion Award.

North Lancs Training Group were also shortlisted for the City & Guilds Lion Award for UK Centre of the Year.

Congratulations to all the winners.