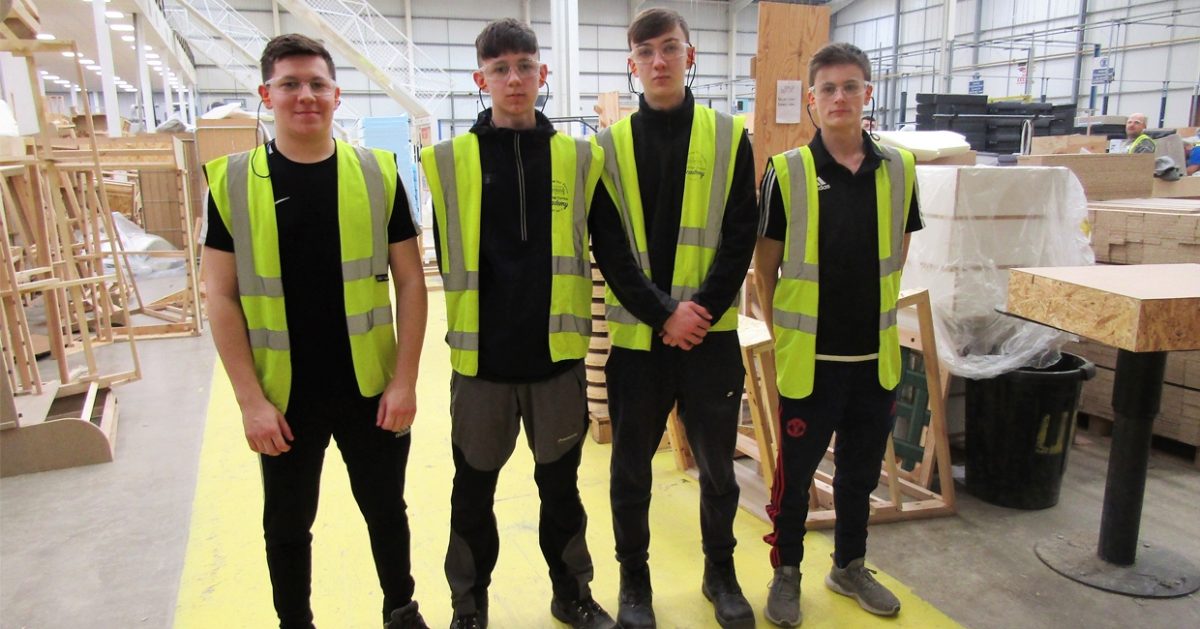 Student apprentices are putting the finishing touches to a successful training scheme with a North Wales furniture maker.

Over the past few months six youngsters from Coleg Cambria have been working at Westbridge Furniture in Deeside as part of the Level 2 Upholstery Apprenticeship programme.

At the end of a two-month placement, successful applicants aged 16-18 years old will progress onto the full two-year Upholstery Apprenticeship, delivered in partnership with NLTG which includes a guaranteed job with the company from day one.

Among the Cambria students to join the business were Kieron Lockett, Connor Wilks and Dion Evans, who have been helping to make chairs, beds and sofas for global names including IKEA, John Lewis and M&S.

They say the apprenticeship programme has given them a firm foundation on which to build future careers.

Dion, whose father has worked in furniture repairs for more than 15 years, says the opportunity to follow in his footsteps was one he could not pass up.

“I used to help my Dad when I was younger and always really enjoyed it, so when the chance to work with furniture while earning a wage and getting an education was put to me it was an easy decision,” said the 17 year-old, a former pupil at Mold Alun School.

“I am enjoying the job and the academic side and would encourage others to do an apprenticeship with Westbridge. It gives you independence and helps you stand on your own two feet.”

Kyle, 18, a former pupil at Flint High School, added: “I have family working here so that helped me settle when I arrived.

“I’ve really enjoyed the academic side but also getting hands-on and helping to make the furniture.

“It’s hard work but that’s good because it’s given us a taste of what it’s like to have a proper job and is a stepping stone to a future career in this industry or something similar.

“The apprenticeship with Westbridge Furniture has certainly been a good base and I’ve already encouraged other people to enrol.”