Congratulations to the winner of NLTG’s 2021 Apprentice of the Year, Kurtus Cartmell. 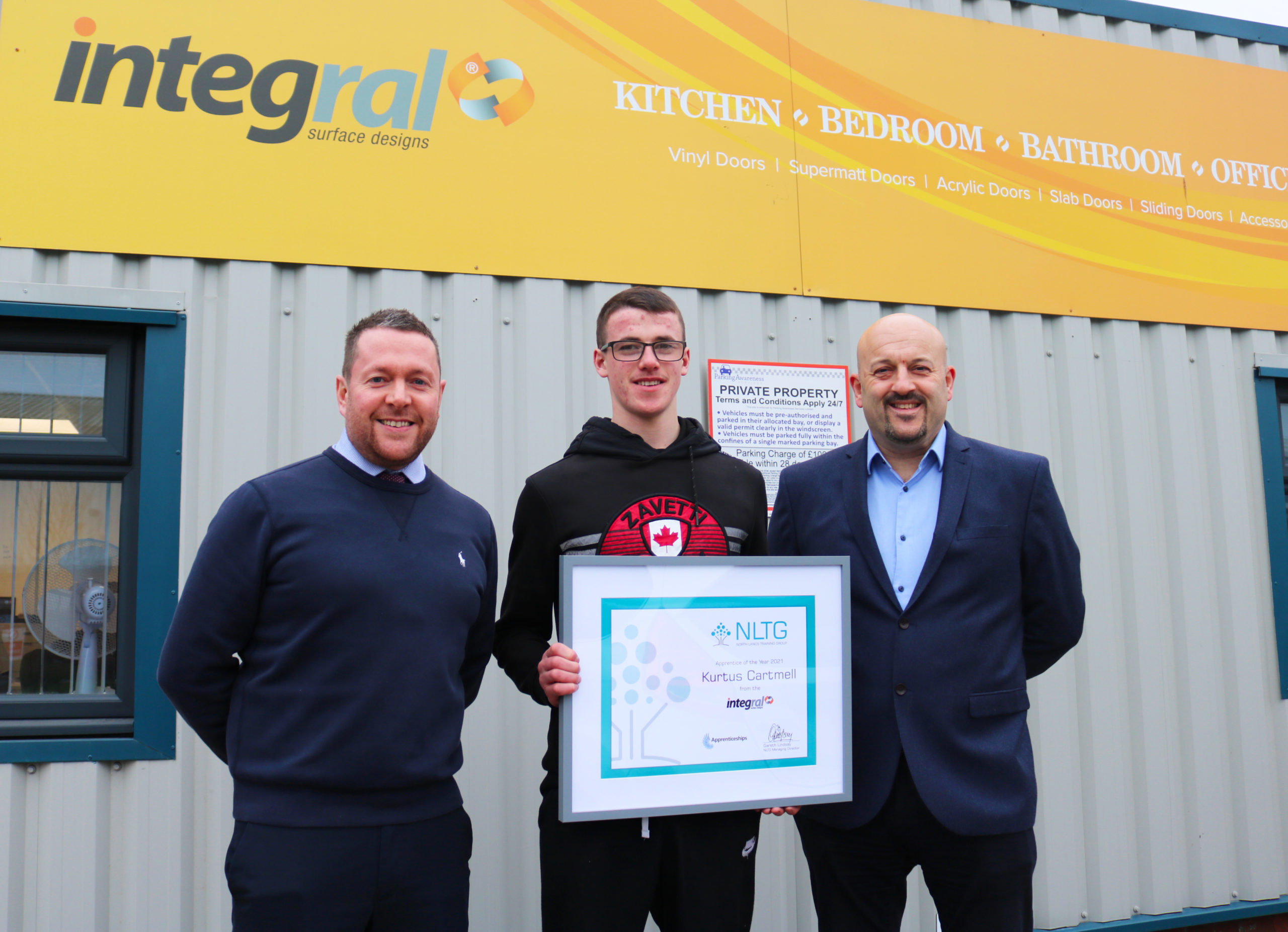 Kurtus began his journey at Integral Surface Designs in August 2020 by undertaking a Level 2 Furniture Manufacturer Apprenticeship and has since gone from strength to strength.

Kurtus joined the company with no experience of CNC, furniture, or manufacturing skills, but has since adapted to coping with a demanding production schedule whilst also offering solutions to manufacturing problems. Kurtus has shown such potential within a short space of time, so much so that his Manager has earmarked him for a rapid progression within the organisation.

“I do not think I have ever met a young man with such manners or eagerness to both learn or please; he is quite simply a joy to work with. Kurtus has an excellent future here at Integral. I would have no hesitation in promoting him to Machine Operator once he has completed his Apprenticeship and can imagine him becoming part of the management team in the future.

One way of assessing how important a person is to a business is to imagine the business without them and wonder if you would miss them. If I applied this Logic to Kurtus, would we miss him? Massively.”

“Kurtus was a guarantee for my nomination for Apprentice of the Year for many reasons. Not only has he completed the majority of his portfolio ahead of schedule, but he has also produced evidence of an extremely high standard and has shown a thirst for knowledge during our sessions.  Despite challenges in his personal life, he has maintained a positive attitude, shown a determination to create a real career for himself and has continued to impress his Manager, Peter Davidson. Kurtus has developed significantly over the last year and a half, from a student who shifted nervously and avoided eye-contact in our initial assessment to walking through a workshop with his head held high and feeling that he has found a home away from home at Integral.”

Well done Kurtus and best wishes for your continued success.