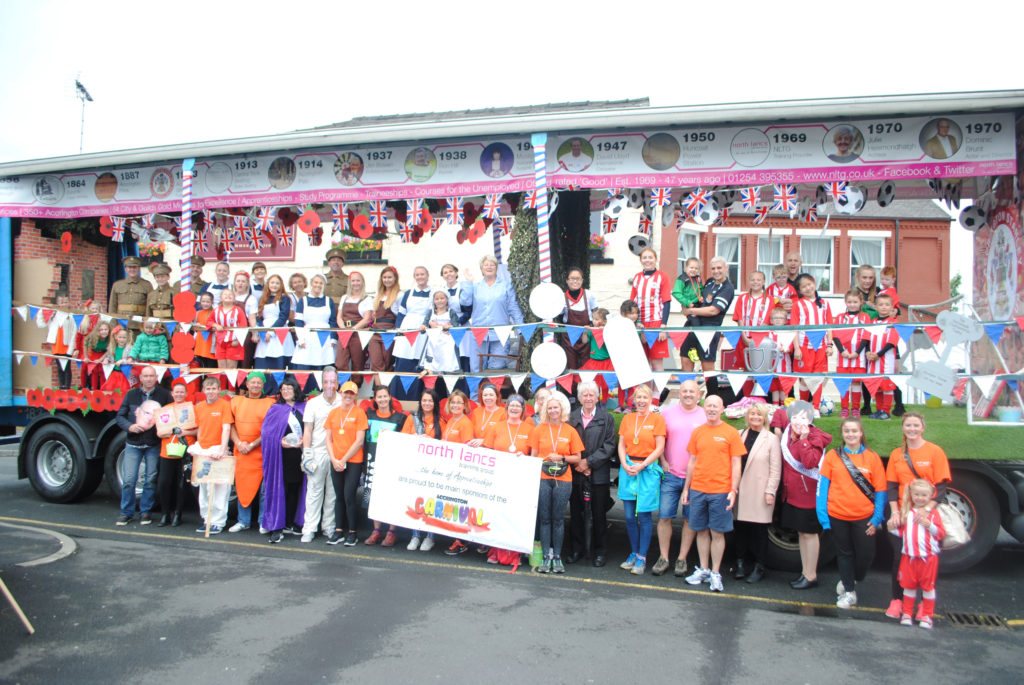 Sunday 25th June 2017 brought the town of Accrington together for their prestigious carnival.

The future of the biennial festival was left in doubt after the Accrington Lions pulled out as organisers in 2015, citing a shortage of help. A new committee was formed to save it at the end of last year and they received a huge boost in February with main sponsor North Lancs Training Group (NLTG) stepping in with £3,500 of funding.

As NLTG were the main sponsors of the event, we decided to enter a carnival float into the procession. The theme of the carnival was Accrington through the years.

NLTG really captured the essence of the theme with a section on the float with soldiers, nurses, land girls and poppies representing the famous Accrington Pals. The other section of the float was based on Accrington Stanley with players, referees and supporters. Walking alongside the float we had famous people from Accrington with the likes of actor Julie Hesmondhalgh (Hayley Cropper from Coronation Street) and professional cricketer David Lloyd. We also had a representation of Apprenticeship occupations NLTG deliver to highlight that we as a company have been a part of Accrington for over 45 years.

Pictured above is the staff and family and friends who took part on the day with NLTG’s winning float. All who took part had a great day and it proved to be a great team building exercise.