Well done to the winner of NLTG’s 2021 Study Programme Learner of the Year, Jack Coulson.

Jack joined NLTG’s Study Programme in Bury in December 2020 and has since worked hard to build his portfolio of achievements. He has completed his City & Guilds Employability Skills Level 1 and 2 qualifications as well as his Functional Skills English Level 1 and 2, and is currently working towards achieving his Functional Skills Maths Level 1. Jack is also attending a Level 2 Maths class voluntarily in the hopes of eventually achieving this qualification as well. He is currently on placement at Stay N Play Doggy Day Care, who commented, “Jack is doing great, he gets stuck into the job whatever it is, really gets along with the team, uses lots of initiative, and it has been a pleasure to have him.”

Pictured below is Jack receiving his Award from NLTG Managing Director, Gareth Lindsay 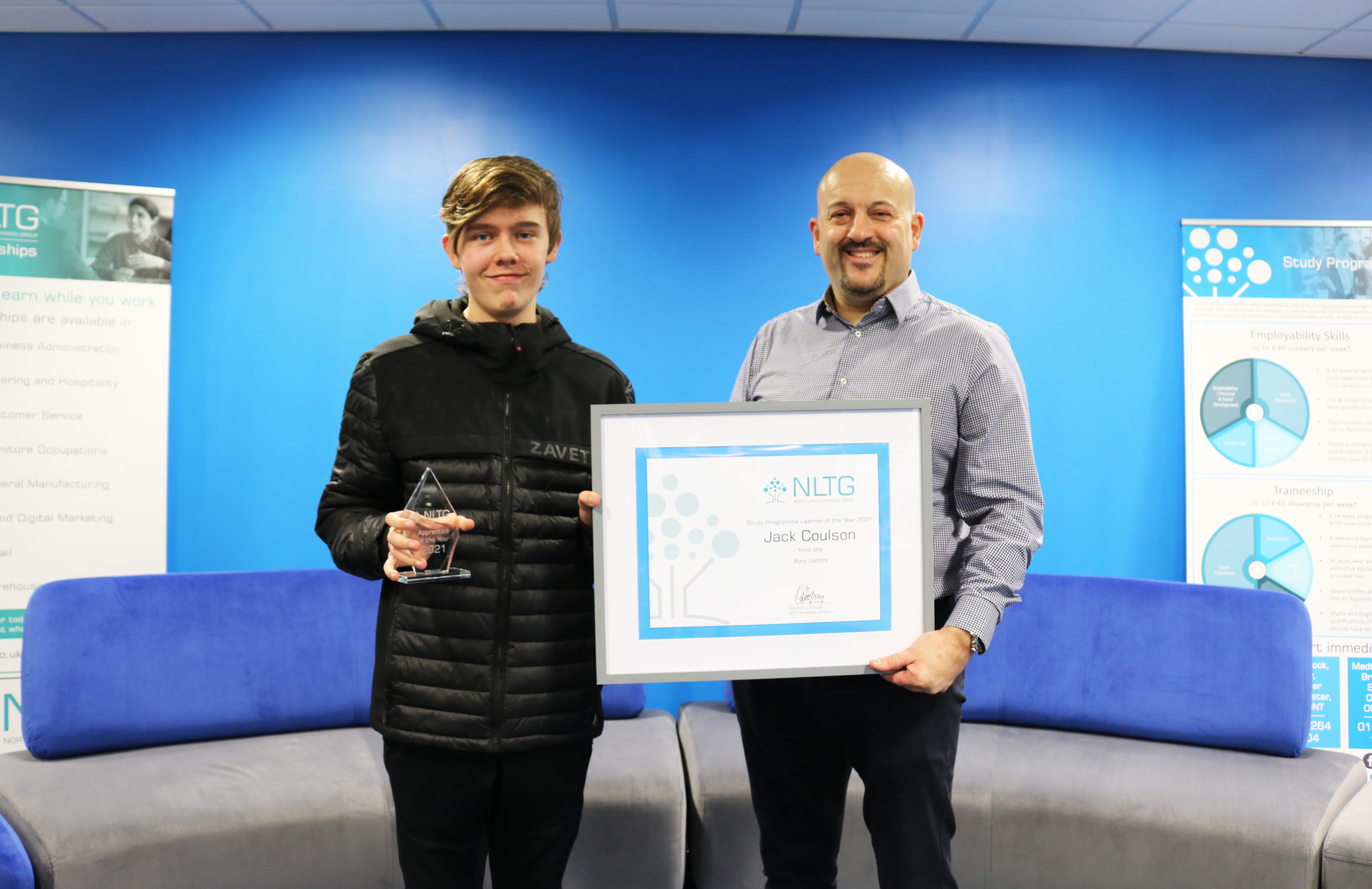 Jack is a model student for all other learners on programme. He has overcome his own personal issues and never lets this affect his motivation or determination to succeed. He has a mature attitude towards everything he does, and his manners are impeccable, he even opens doors for staff members.

Everyone who works with Jack, whether they are a student or staff, comments on his kind nature and the 100% effort and commitment he puts into everything he does. Jack will work with anyone and go out of his way to make other students feel welcome and involved in class.

I have worked with Jack for over twelve months now, mostly as his maths tutor. It’s fair to say that maths is not something that comes naturally to Jack, but I can honestly say that he never gives up and he never complains. He is so keen to succeed with his maths that he attends double sessions – he really does go above and beyond what is expected of him.

Jack has grown from a quiet learner who very much kept himself to himself, to a popular person who is literally able to get on with anyone in the centre.

In my opinion, there is nobody more deserving of this award.”

Jack is a perfect example of what NLTG’s Study Programme is all about. The journey he has been on and the progress he has made, go further than solely educational achievements, as Jack has also grown personally.