As many of you already know, 2019 was a special year for NLTG. It was our 50th Year in business.

On 28th August 1969, a meeting was held to form The North East Lancs Training Group (as we were then known) to provide top quality training services to the Furniture and Timber industry. 50 years later and we have significantly developed as a business, becoming one of the largest training providers in the North West.

We therefore adopted 2019 as our 50th Year, the year that we would reach a huge milestone as a company and wanted to celebrate that fact. We started by creating a 50th logo that would form the basis of our promotion. It was added to our business stationery, website, social media imagery, literature, signage etc and quickly became a recognisable asset. We even had it made into pin badges for the team to display proudly when representing the company externally.

Our advertising didn’t stop there, however. Any advertising and promotion that we did throughout the year was based upon our 50th brand, including an Anniversary Special feature in Lancashire’s top business magazine, Lancashire Business View. This feature relayed a condensed version of our history and outlined our vision for the future.

Having been a part of Accrington for 50 years, we wanted to show our support of the town by sponsoring some local events. These included the Accy Bike Fest, Hyndburn Jobs Fair and Accrington’s Soapbox challenge. The Soapbox challenge, in particular, was a huge success. NLTG Apprentices and our team from the CoVE built our incredible, podium finishing Soapbox cart. NLTG came 3rd out of over 30 entries and were supported by over 9000 locals who came to watch the competition.

Our amazing team we heavily involved in our celebrations, because really, they are the reason why we had reached this monumental achievement. Throughout the year small treats and incentives were given ranging from branded biscuits and free lunches, to early finishes and dress down days. One of the highlights was our Team BBQ, which provided a relaxed atmosphere for the whole team to socialise together. One afternoon, after one of our Team Briefings, the team were brought back to our Old Bakery site where our car park had been transformed into a summer festival. There was music, deck chairs, bunting, a bar and of course ‘The Grill’ serving up some delicious food prepared by our catering team. We even had a member of the team busking to raise money for charity, helping us to give back to the community.

That theme of ‘giving back’ ran through the whole year. One of the biggest things that we did, not only as a business but also as individuals, was challenge ourselves to complete 50 Acts of Kindness throughout our 50th year. These ranged from donating phones and laptops to sponsoring football kits, from donating raffle prizes to collecting for food banks, from sponsoring team members in sporting events to hosting sporting events! We actually carried out 54 Acts of Kindness over the year resulting in £4,443.94 donated in cash and a further £3,261.40 given in sponsorship’s not to mention the countless other acts that can’t be measured.

Undoubtedly the highlight of the year was our Anniversary dinner. On Friday 30th August 2019, almost 50 years to the day, our team, the board, group member companies as well as many who have been an integral part of NLTG over the years, came together for a celebration at the Dunkenhalgh Hotel. Guests enjoyed a drinks reception followed by a 3-course meal as well as live entertainment later in the evening. The main part of the dinner was to look back at our 50-year history as a company and highlight the key changes and developments of the group as well as recount some funny stories and happy memories. However, we also wanted to look toward the future.

At the dinner we launched a new logo that would develop into our new brand identity over the coming weeks and months. We decided that at such a key moment in our history, now was the time to revitalise NLTG and to bring forth a new refreshed look to start us off on our journey to the next 50 years and beyond. 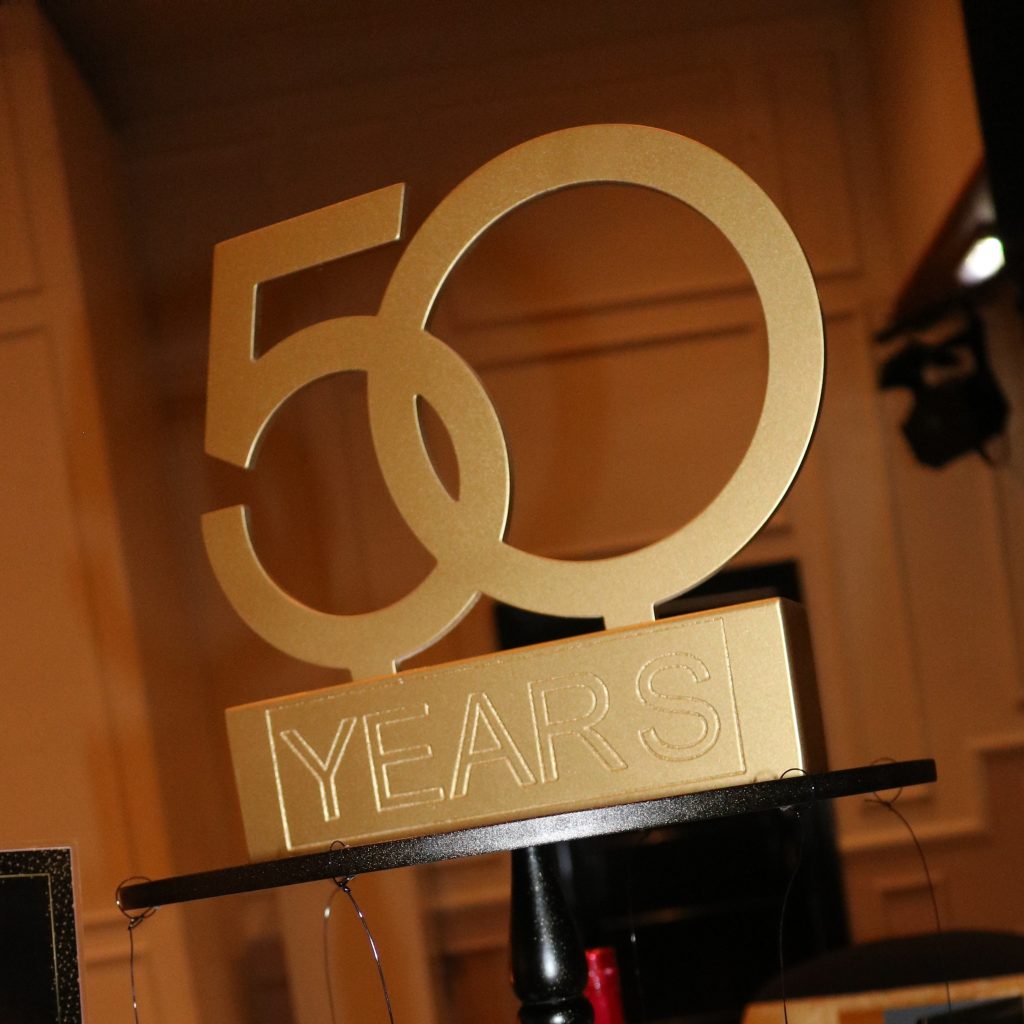